After a long drive through Texas from Amarillo, we finally arrived in Dallas. Before heading to the hotel, we did a quick city tour in the coach and saw some of the historic sights as well as a few places that may have been hard to get to by foot. We got a brief history lesson on JFK, saw the grassy knoll and we're warned off the crazies with conspiracy theories who liked to hang out there. 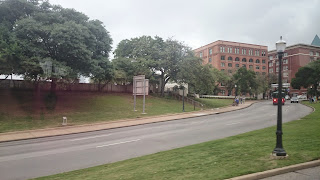 Our next stop on the tour was this art piece found in Dallas of a cowboy and his cattle drive. It was a pretty spectacular concept and took up the majority of space in the park. We took a group photo here too, which was pretty cute. 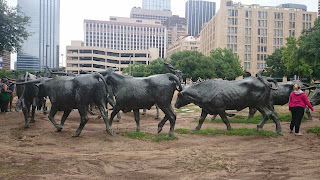 Another thing we drove by on our tour of Dallas was this giant eyeball. Not going to lie, it was pretty creepy! All of the blood vessels were painted in. 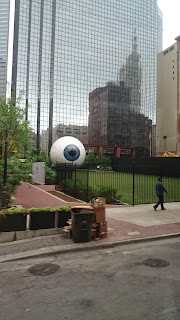  
After our bus ride we headed to the hotel to get dressed before we headed out to dinner and then a Line Dancing bar. The bar was absolutely crazy, there was a circular track in the middle of this huge building for people to dance, a mechanical bull, pool tables and cowboys everywhere.

I headed to the Sixth Floor museum with a bunch of contikiers early the next morning. The museum was very interesting, detailing JFK's rise to power, his presidency and assassination. They have also recreated what the windows he was shot from would have looked like back in the day. 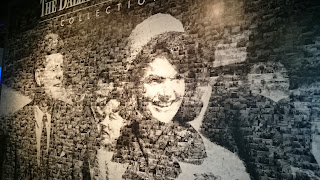 This is the view Lee Harvey Oswald would have had from the window. The museum also detailed his assassination and rebutted all of the popular conspiracy theories. It was rather interesting. 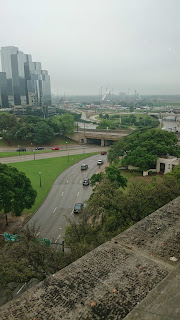 My next stop in Dallas was a guided tour of the Dallas Cowboy Stadium. It was huge. They television in the middle of the stadium has 2 elevators inside of it for maintenance crews. We also saw the players locker room and the cheerleaders locker room as well as the press conference room. 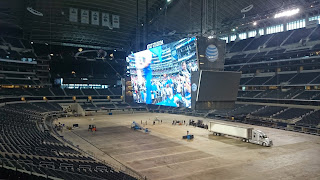 After the tour our next stop was The historic town of Fort Worth where we grabbed a plate of Texan BBQ for dinner before heading to... 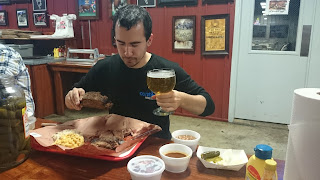 The Rodeo!! It was so cool! They had people of all ages competing in all sorts of events from bull riding to horseback agility races. 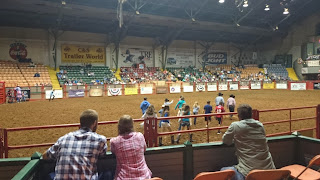 Today we started our long journey from Dallas, Texas to Memphis, Tennessee. The first stop on our journey was to Texarkana, which is a town sitting on the state lines between Texas and Arkansas. There used to be a railway here which is how the town originated. Another big historic thing that occurred here are the Texarkana Midnight Murders. 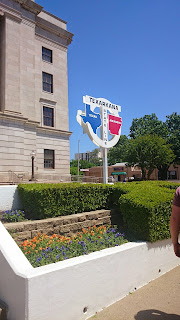 Next stop was to Little Rock, Alabama which is a historically significant town because the Little Rock High School was the first white high school that had to open its doors to 9 selected African American students. This marked the next big step in integration. 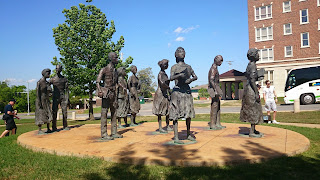 Once we arrived in Memphis, we headed out to a Canadian themed restaurant for dinner. Two girls on tour, Kate and Vanessa, attempted to complete a burget challenge. After dinner, we headed out to Beale Street to experience Memphis night-life. 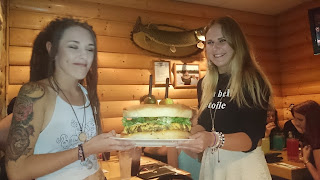 We spent the morning going through Graceland, Elvis Presley's home. It was quite interesting to look at in terms of a historical home and some of the stories told about his like we're actually quite sad. 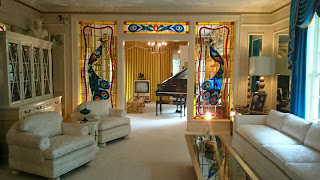 This is a picture of his 'trophy room', which also includes some of his later costumes and videos of his performances. 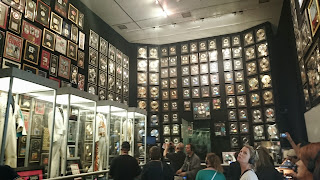 I then walked through his car museum,  which had the majority of cars that he ever owned in his life. Even cars that he had sold have been rebought and restored to how they would have looked when Elvis owned them. 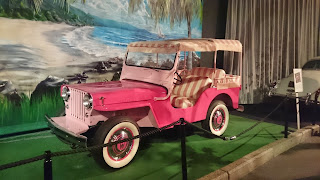 Our next stop was to the Motel were Martin Luther King Jnr. was assassinated. They have turned the inside of the motel into a civil rights museum which we unfortunately did not have the time to go into. 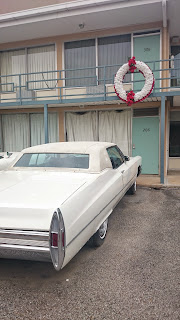 Kate, Leeza, Leigh and myself then went and bought some fried chicken, coleslaw and fries to eat along the bank of the Mississippi River. It was a really fun, relaxing way to spend our afternoon. 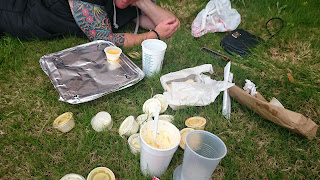 At 4 o'clock we made our way to the Peabody Hotel where the ducks are escorted from the fountain in the lobby to their private suite via elevator everyday. It was hilarious to watch as these ducks were escorted down red carpet by the Duck Master. 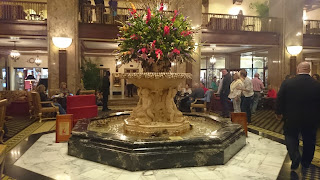 We had a quite dinner at a local restaurant later that evening before heading back to Beale Street. 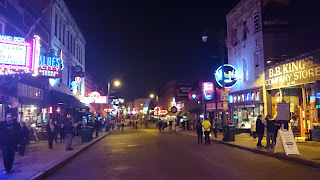